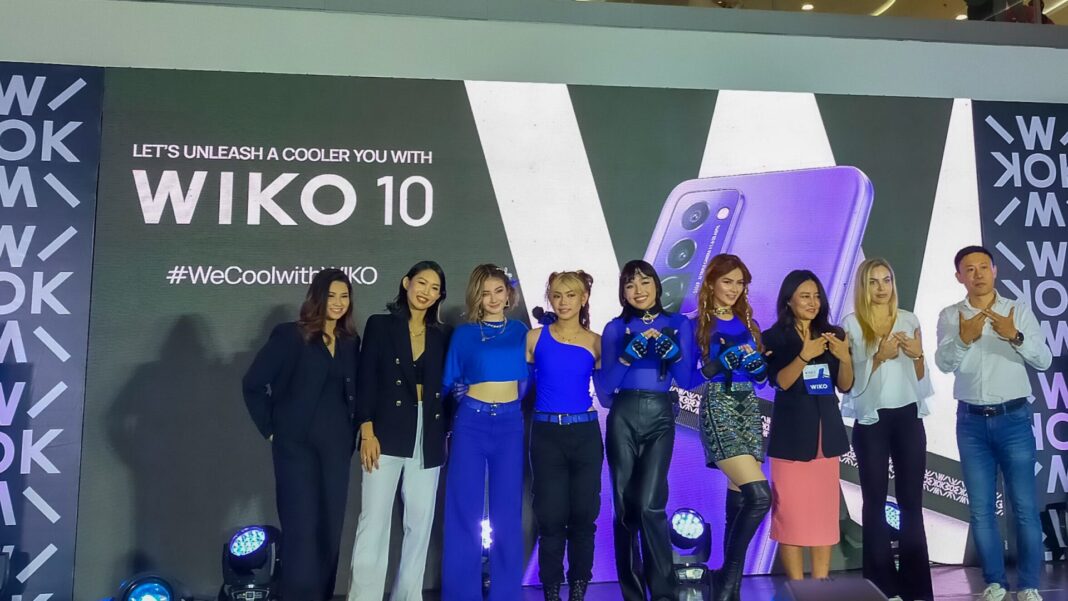 Happy Wednesday! My internet connection is finally restored 2 days after the typhoon caused outage! I won’t make this intro long, now off to my latest discovery!

Last Sunday, I attended the launch of the WIKO 10 Series at SM Mall of Asia. The series features a smartphone and buds.

For those of you who’s not familiar with the brand WIKO, it is a French-origin brand that strives to shape the future of entertainment through the amalgamation of aesthetic design and technology. WIKO 10 the smartphone for modern entertainment aims to bring a smooth user experience with distinctive features and elegant designs to customers all over the world, together with the launch of WIKO Buds 10, providing users with a seamless music journey with its advanced Bluetooth 5.2 technology and up to 30 hours of playback time with a charging case. 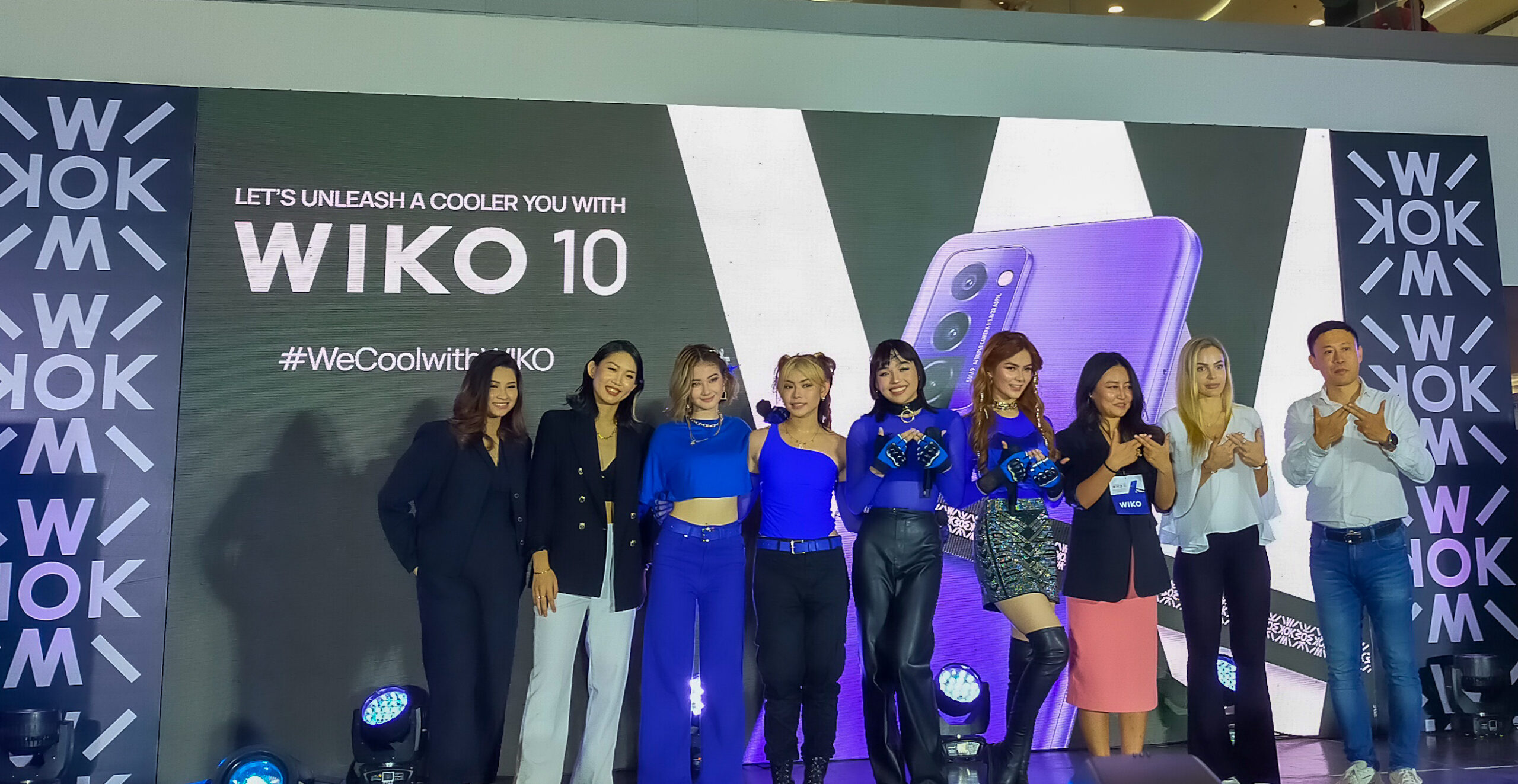 The WIKO 10 is the inaugural smartphone of WIKO’s new digital series. Representing the fusion of aesthetic design and advanced technology, WIKO 10 offers a novel experience with its impeccable design that speaks French elegance in the language of technology and serves as the modern-day accessory for the Generation Z digital natives.

Customers can enjoy using the WIKO 10 with its top features including a 6.74-inch large screen and 90.69% screen-to-body ratio for immersive video viewing, a 5000mAh battery with 22.5W WIKO SuperCharge and reverse charging supporting intensive usage throughout the day, a 128GB large storage to store everything on the phone, and 50MP Triple AI camera with versatile camera functions that was catered for recording beautiful moments in life. It is a highly functional device, meanwhile a masterpiece bewitching to the eyes.

WIKO 10 is specifically created for young users who are stylish, trendy, tech-savvy, and passionate about expressing their individuality. It offers them a flawless experience with a fresh and elegant design that reflects the latest trends among Generation Z and accessorizes their everyday look with style. With the one-of-a-kind designs that reflect the latest trend among younger generations and their predilection for the individuality of product appearance, WIKO 10 reinvigorates the design with unique personality.

WIKO wants to make smartphones à la mode accessible to all. Our users worldwide tell us that they love the French aesthetics conveyed by our products, and these phones help to showcase their favor in simplicity, elegance, freedom and enthusiasm.

WIKO 10 has three options of stunning finishes: Klein Blue, Silver and Black. The iconic Klein Blue creates a stark visual contrast with the environment, showcasing the personal style and individuality of its owner. The alluring Silver resembles ashen hues of classic European architecture like the Eiffel Tower and the Louvre, where Black is a ray of bright light which disrupts the tranquil yet mystique pitch-black night, colliding decorative art with architectural structures. WIKO 10 is all you need to garner the attention of the crowd.

WIKO 10 is a fabulous smartphone designed for immersive entertainment experiences and incredible visual enjoyment brought by its 6.74-inch 20:9 large full-screen LCD. The incredible 90.69% screen-to-body ratio is exceptionally competitive compared to other smartphones at the same price level. It also supports 16.7 million colors and a resolution of 720*1600, while the pixel density can reach 260PPI.

Aside from its mesmerizing colors, WIKO 10 features a 6-layer optical texture design. By virtue of the emergency of the fuselage materials, not only does it enlarge the reflective surface of a crystal and heighten its brilliance, but it also ensures a fingerprint-proof and dirt-proof surface with its strong hydrophobic capability. As for the thickness, WIKO attempts to visually lessen the width of the phone with a light and matte integrated surface of the middle frame. It also combines the fingerprint sensor and power switch, which is an optimum choice of design, both functionally and aesthetically.

The embedded rear cameras are typically destructive of the aesthetics of a traditional smartphone design, yet it asserts character and individuality at the same time. WIKO 10 innovates on its original design, resulting in a complex yet sleek aesthetic that represents a more vivid individuality expression.

With WIKO 10’s 50 MP Triple AI Camera, users can capture portraits which equate with high-quality studio pictures with a mere tap of their finger. To begin with, the 50MP Triple AI camera can bring you fine details with its 50 MP resolution, f/1.8 aperture, 1/2.76-inch JN1 sensor that has a unit pixel area of 0.64μm. Photos of high color fidelity and resolution are guaranteed. The Smart HDR feature with its fusion of double exposures brings you a well-balanced photo in detail even in backlighting environments. Moreover, users can take bokeh portraits based on the 5-layer imaging optimization algorithm. For fashionistas and selfie addicts, WIKO 10 has an 8MP high-definition f/2.0 front camera, its natural beauty algorithm allows them to confidently take beautiful selfies.

One of the most attractive features of WIKO 10 is the 22.5W WIKO SuperCharge. After charging for 10 minutes, users are able to watch videos for two hours. Besides its fast-charging ability and large battery capacity, WIKO 10 also supports wireless reverse-charging for other devices. A quick 10-min reverse-charging can cover 40% of a headset or 25% of a sports bracelet’s full power, which only takes up 1-2% power cost of WIKO 10.

Moreover, WIKO 10 provides users with the most carefree experience ever, a multi-stage overheating current control mechanism is incorporated, so gamers will no longer fret about overheating pauses after a whole day of usage. Together with a large and sustainable 5000mAh battery as well as a storage space of 128GB and 4GB RAM, it guarantees a long-lasting phone running from morning till night and more virtual memory, faster loading speeds and minimum lagging.

Updated OS, For an Updated Experience

Android 12 delivers an even more personal, effortless, and safer experience for your device. Featuring a comprehensively reimagined UI that can be personalized to your liking, as well as new privacy features designed to grant you total safety without taking control away from your hands.

Alongside the launch of WIKO 10 smartphone, WIKO is also presenting WIKO Buds 10, a set of earbuds with advanced Bluetooth 5.2 technology powered by BES to ensure instant and stable connectivity, capable of producing stereo and deep bass loud sound. Offering a maximum operating time of 6 hours from a single charge and up to 30 hours with the charging case, WIKO Buds 10 allows users to enjoy an endless music journey. Users can now surround themselves with flowing melodies and dive into the world of music without noises. Embracing positive vibes brought by your favourite songs in daily life with WIKO Buds 10. 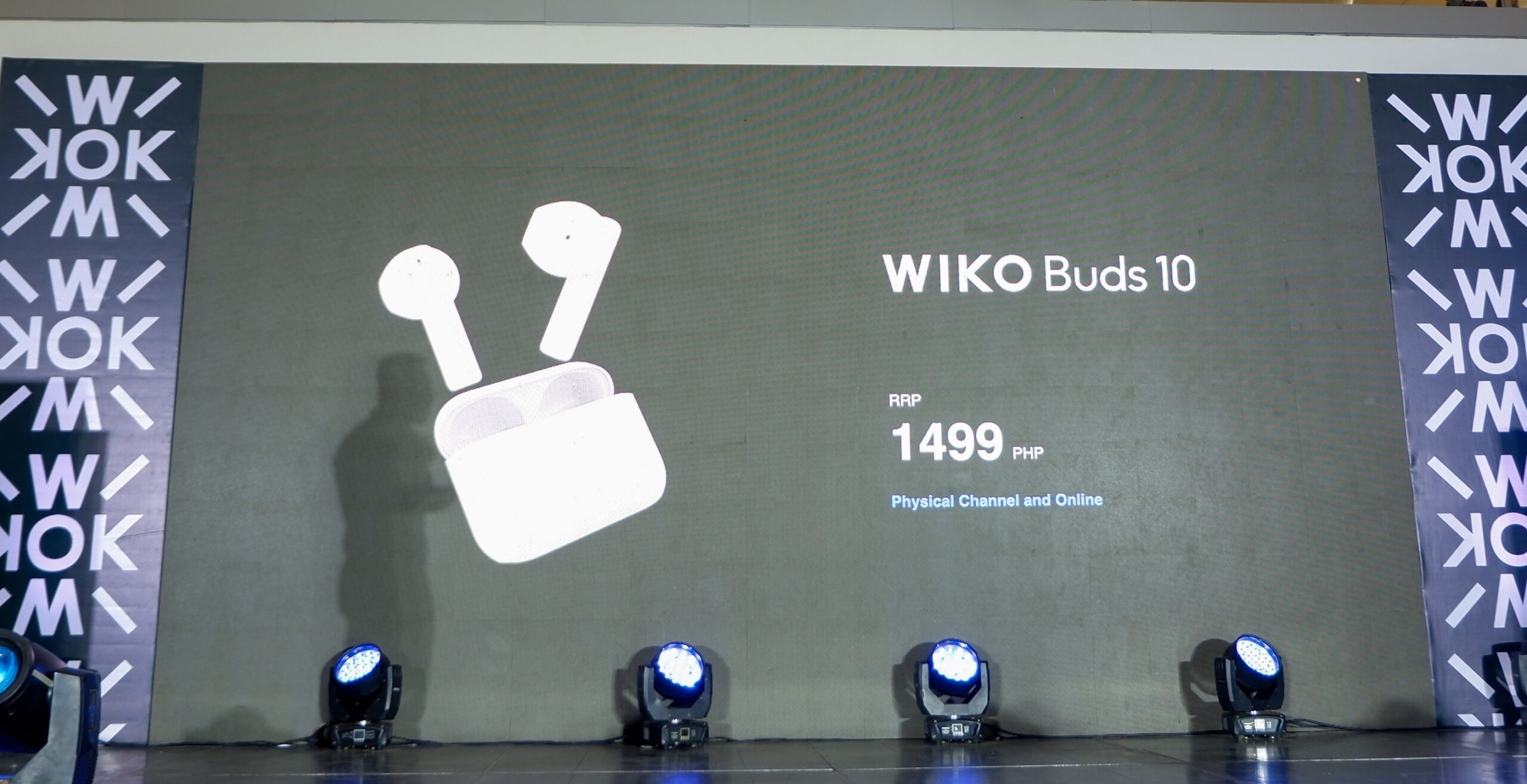 In an innovative upgrade, WIKO Buds 10 has adapted the 12 mm dynamic driver, allowing for the delivery of high-quality audio with a clear separation between vocal and instrument, while still upholding a design geared towards users’ comfort. A combination of dual mics for voice capturing and ENC noise cancelling algorithm support also effectively filters out noises from the surrounding, granting a crystal-clear voice chat and calling experience. Beyond all, being designed for exercising and entertainment, WIKO Buds 10 possesses both high durability and IPX4 water resistance protects from splashing water, and still only weighs 4.2g.

WIKO 10 is available for P8,990 at Shopee, Lazada, and authorized WIKO stores and kiosks.

WIKO Buds 10 is available for P1,499 at Shopee, Lazada, and authorized WIKO stores and kiosks.

And that’s it for this update,