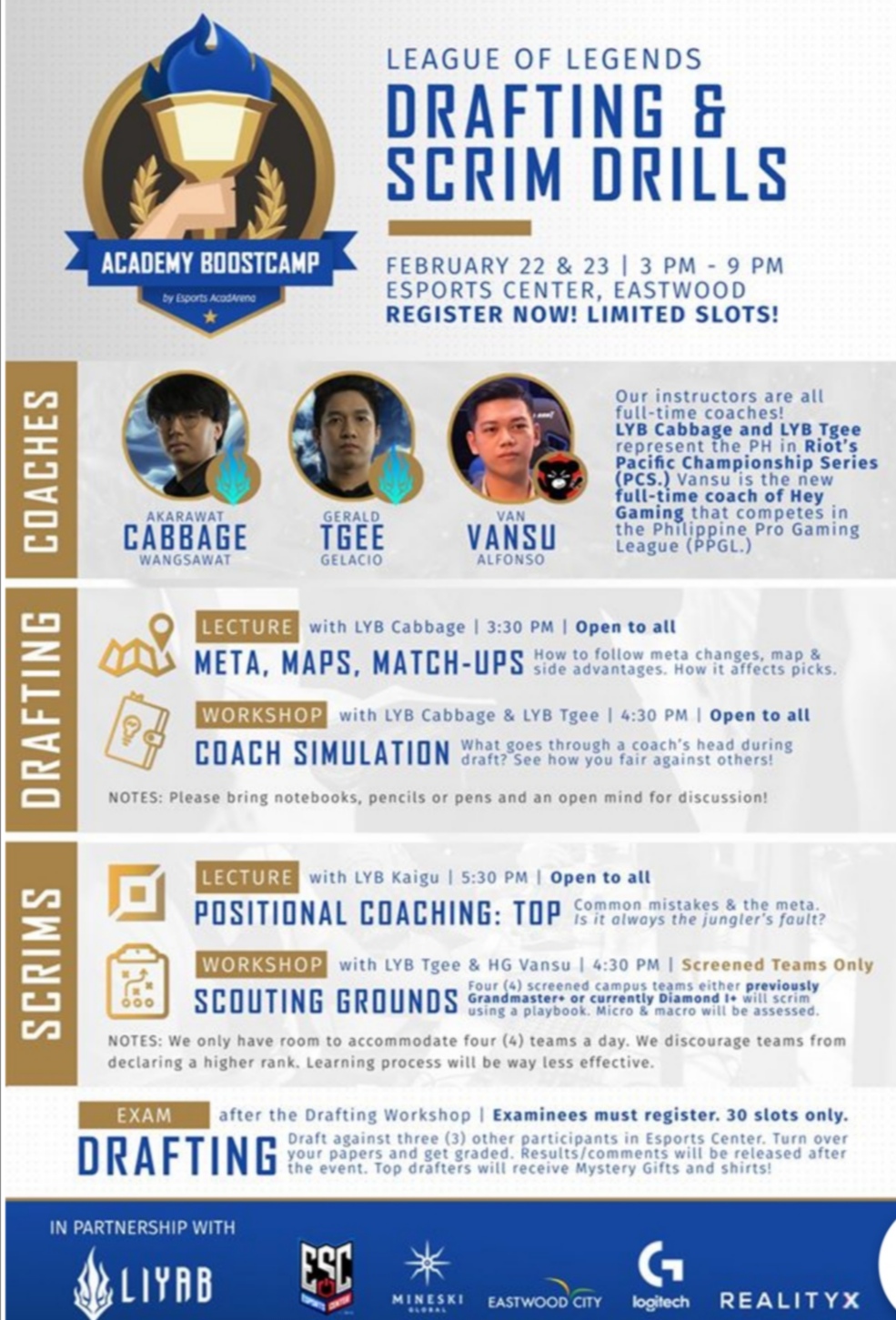 Esports AcadArena, in partnership with Globe Telecom and Liyab Esports, will launch the first-ever Academy BoostCamp for League of Legends on February 22 and 23 from 3 PM to 9 PM at the Esports Center in Eastwood City. 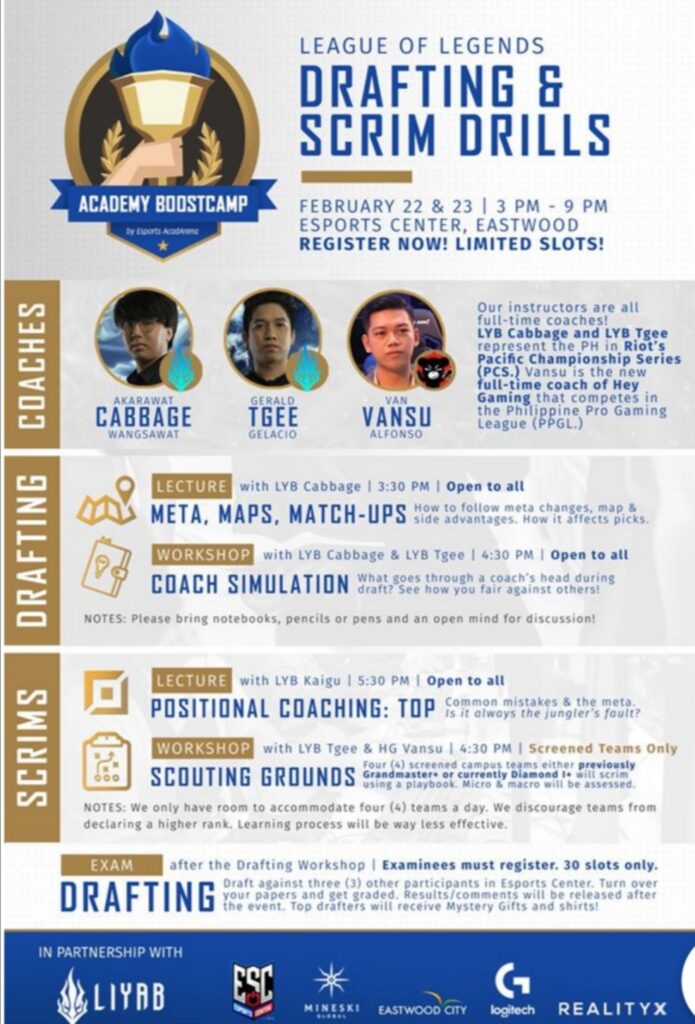 Ariane Lim, Director of Student Programs of EAA said: “The Esports AcadArena Academy Boostcamp is an important step for our goal to launch a separate program specifically catered for education and not just a side event under our competitions. We want to illustrate, train and quantify the critical thinking, communication and team dynamics needed when playing a video game.”

Liyab Esports is one of the top esports teams in the Philippines for League of Legends representing the country in Riot’s Pacific Championship Series (PCS), and Hey Gaming is a veteran team that has been competing in the Philippine Pro-Gaming League since the beginning.

Here’s what you can expect to learn from during the event on both days:

After the Drafting Workshop, 30 examinees will get the chance to test their skills and get graded on how well their drafting skills are against three (3) other participants. The top drafters will then receive Mystery Gifts and Shirts.

“I’ve worked directly with students and admin for the past 4 years. This first Esports AcadArena Academy BoostCamp is a product of feedback and discourse from within the campus community. It’s important that we have proof of concepts to see what works and what doesn’t and keep developing it.”, said Ariane Lim.

More information on Globe Esports AcadArena can be found at their Facebook Page:

The Globe Esports AcadArena is the country’s first multi-faceted campus esports program. With three pillars — competitive, education, and experience — it aims to uplift students, their communities, and provide them with pathways into the new and emerging media industry. In its network of events include the EAA Championships (a national league/tournament), CONQuest Festival (the largest pop culture convention in the Visayas), and the EAA School Tour.